LONDON, UK—Caroline Flack, 40, the host of TV series “Love Island” died on Saturday, February 15 inside her London apartment. The cause of death has been reported as a suicide.

Her family confirmed her death in a statement to PA Media saying, “We can confirm that our Caroline passed away today, the 15th of February. We would ask that the press respect the privacy of the family at this difficult time and we would ask they make no attempt to contact us and/or photograph us.”

Flack was the host of ITV2’s “Love Island” since 2015 and stepped down in 2019 after being accused of assaulting her boyfriend. She was dating tennis star Lewis Burton, 27, since August 2019. In December 2019, Flack was charged and arrested after allegedly assaulting Burton with a lamp. She was released under the condition to not have any contact with Burton. She pled not guilty to the assault and was scheduled to stand trial on March 4. The two were still dating during the legal proceedings.

Flack’s boyfriend paid tribute to her yesterday through an Instagram post. Burton said through his caption, “I am so lost for words I am in so much pain I miss you so much I know you felt safe with me you always said I don’t think about anything else when I am with you and I was not allowed to be there this time I kept asking and asking.” He ended with, “I will be your voice baby I promise I will ask all the questions you wanted and I will get all the answers nothing will bring you back but I will try make you proud everyday.” 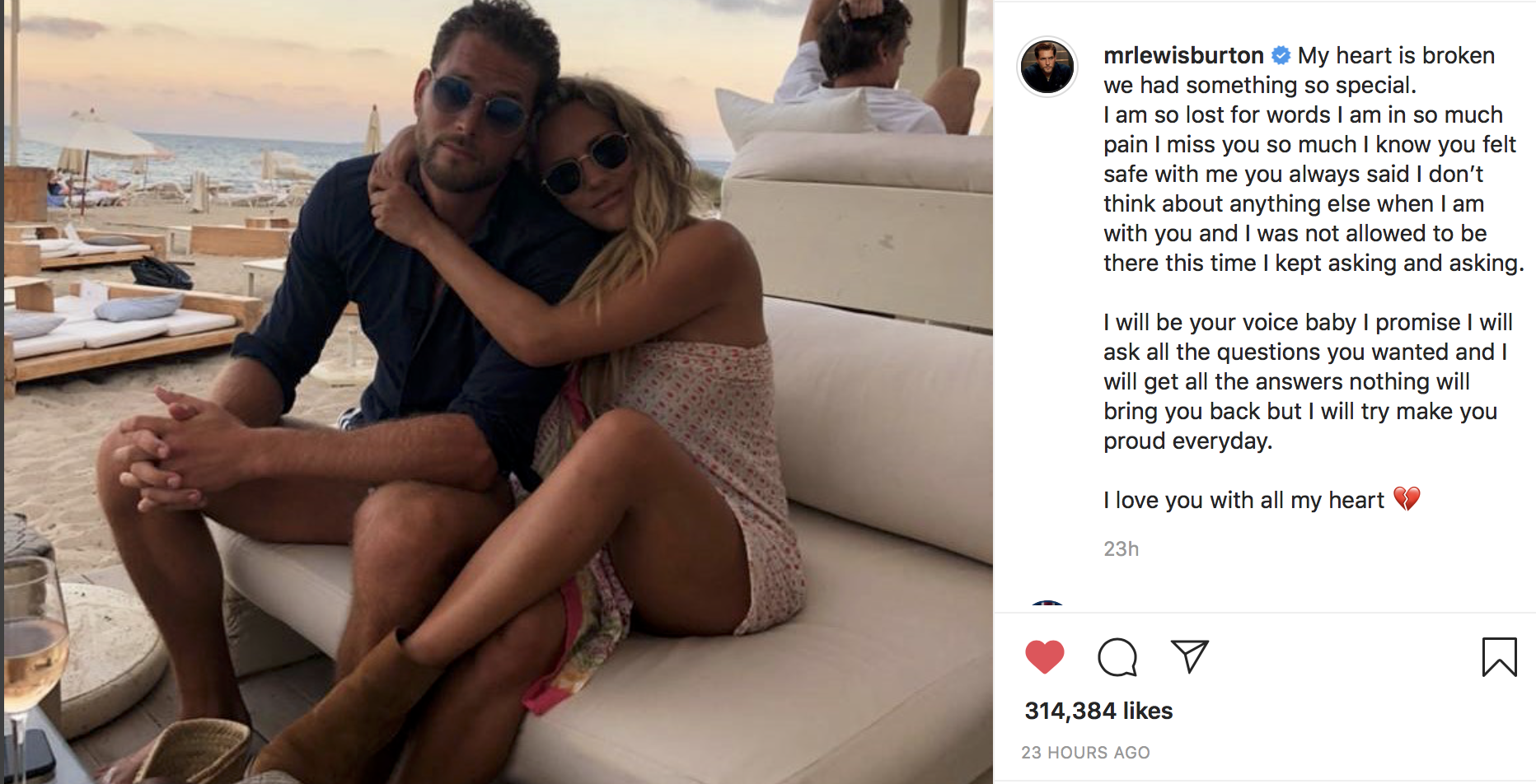 Flack was not active on Instagram for the past nine weeks. Seven weeks ago the TV personality posted a picture of herself with a heartfelt caption saying, “This kind of scrutiny and speculation is a lot to take on for one person to take on their own. I’m a human being at the end of the day and I’m not going to be silenced when I have a story to tell and a life to keep going with.” 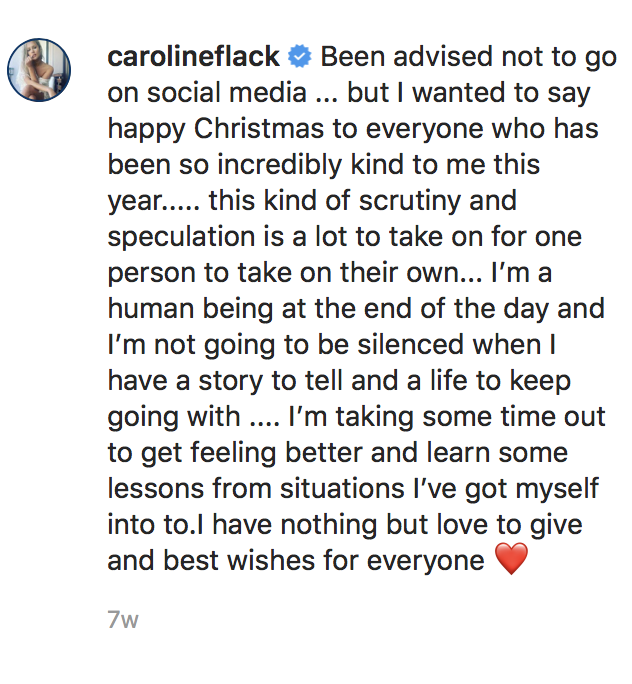 ITV2 released a statement saying that the network will not air this week’s episode of “Love Island” out of respect for Caroline and her family. The show will air next week with a tribute to the former host.

Flack was also known for winning the British show “Strictly Come Dancing” and presenting on “The X Factor” and “I’m A Celebrity…Get Me Out Of Here! NOW!”