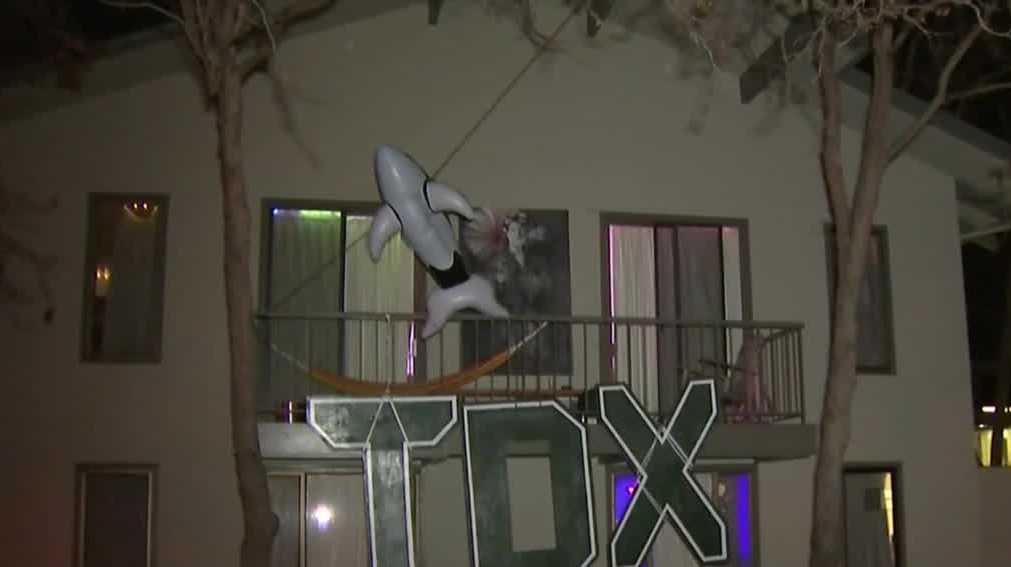 PALO ALTO—A Stanford University student who was found dead at the Theta Delta Chi fraternity house on Friday, January 17 at about 11:20 a.m. has been identified.

The Santa Clara County Sheriff’s Department indicated that the body of Eitan Wiener, 19, a sophomore at Stanford was found unresponsive by medical personnel and was pronounced deceased.The undergraduate also worked as a student employee at the university.

Authorities have ruled out foul play in the death, but in January 2019, Theta Delta Chi was in danger of losing their housing after failing to report multiple conduct reviews.

The Stanford Daily was first to report about issues at the Theta Delta Chi fraternity house in an article on January 21, 2019 that stated:

“ResEd acknowledged TDX’s efforts to address critical feedback but said they ultimately fell short. Panelists on the SOE review board said that the ‘seriousness’ and ‘urgency’ of TDX’s attitude toward alcohol and safety concerns were ‘primarily spurred by sanctions.'”

The investigation into Eitan death is ongoing and more details will be released after a medical examination. An official cause of death has not been announce to the public.

Susie Brubaker-Cole, Vice Provost of Student Affairs of Stanford released the following statement about the incident:

I shared a brief message with you late last week on an urgent topic, the loss of one of our students. I’m following up today with more detail. I’d like to begin by extending my deepest condolences to those who knew and loved this student. We all feel your tremendous sadness, and you’re in our thoughts and prayers. I hope you find comfort with family, friends and our campus resources. To those of you who have been helping those closest to the student, I’d like to extend my gratitude for your compassion now and in the days and months to come.

The university has been in close contact with the family through the weekend. We can now share that Eitan Michael Weiner was a sophomore planning to major in history when he passed away Friday. He was in his campus residence at the time, the Theta Delta Chi fraternity house. He was also a cherished member of the community affiliated with our Arroyo dormitory, where he lived during his first year at Stanford. Our hearts go out to both residential communities. My understanding is many of you have been together throughout the weekend, and I hope you’re finding all the love and support you need with one another, friends and family. I’d like to thank TDX for opening its home to the university so we could support those seeking counseling. All of us are heartbroken about this terrible loss, and we’re here for you to help in any way that we can. At the same time, I’d like to remind everyone that student houses are private residences open only to those who live there and invited guests.

I’m also able now to share some information about Eitan’s family, who are extraordinarily committed to our campus community. Both of Eitan’s parents have dedicated most of their professional lives to Stanford. Eitan’s father, Amir, is an associate professor of history, where he’s much beloved by colleagues and undergraduate and graduate students. Eitan’s mother, Julia, is an associate vice president for medical center development. She previously was senior associate dean for external relations of Stanford Law School for many years, and before that, a senior administrator at the School of Humanities and Sciences. In addition, Eitan’s older sister Ya’el is a Stanford alumna, and his younger sister attends school nearby.

The university has also been working closely with Eitan’s family and friends on arrangements for services. A private funeral will be held on Wednesday, followed by a public memorial beginning at 12:30 p.m. Friday in Memorial Church. All students, faculty and staff are invited to join us, along with friends from neighboring communities, as we celebrate Eitan’s remarkable life.

While I did not have the pleasure of knowing Eitan, I have been learning about him through his friends and family, who say he was full of love, joy, wit, curiosity and loyalty as a son, brother and friend. Inspiring yet humble, he was incredibly well read and deeply interested in history, politics and current events. He also had a passion for soccer and hip-hop and rap music, including their history and impact on society and culture. He had taught himself how to produce an album and was very much looking forward to doing so. His fraternity shared with me that “Eitan was a deeply cherished member of our community. We will miss his open mind and inviting presence. We are all mourning the loss of our beloved friend.”

I have heard that when Eitan was with you, he was fully present and focused. His family has been struck by the enormous outpouring of grief from the many people he touched throughout his life. His compassion and deep devotion to his friends and family has never been clearer. When someone passes away so young and full of potential and plans, I know we all wonder how this could happen. It may be some time before the coroner can definitively establish the cause of death. At this point, we believe Eitan had every intention to be with us for many years to come, and we will focus our thoughts on his loving memory. In lieu of flowers, Eitan’s family asks that gifts be made to The Stanford Fund in his name.

I’m deeply committed to remaining in close contact with the Weiners, everyone at Stanford who knew and loved Eitan, and the community as a whole. I’ll be in touch as the week progresses, as the need arises, and should we have more information to share. Please continue to reach out to one another for support, and bear in mind that there are many university resources available to all of you at any time day or night. It is often said that a beautiful soul is never forgotten; to me, nothing is more true at a time like this.”

A memorial for Eitan is scheduled to take place at the university on Friday, January 24 at 12:30 p.m.