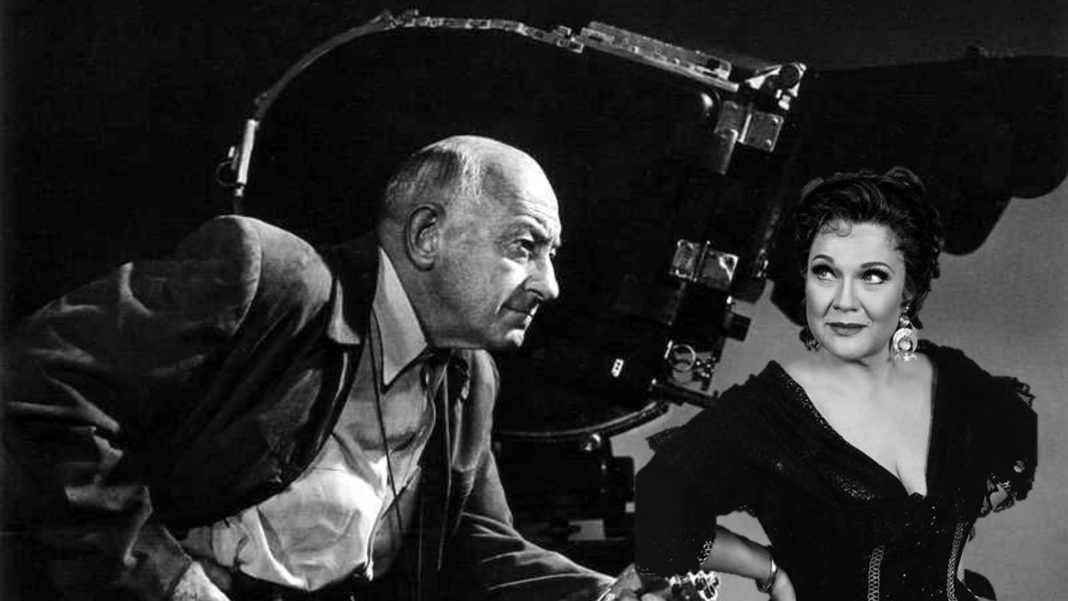 HELLO AMERICA!—When arriving at U.S.C. from Earlham College, I had no idea what to expect. It was quite a change from the scent of ‘Hamshire Hogs’ to sweet smelling Palm trees which lined nearly every major area of Los Angeles. Admittedly, the confrontation with the KKK which seemed to be powered in Richmond, Indiana was an experience one would only be recognized possibly in a film produced in Tinsel Town with minor known actors.

As a result, my view of our nation during the early 1950s was a bit narrow, based on family references, news reports, magazines and the utterances from civil rights community organizations. Settling in on the USC campus, life exploded in shades of gold, blue and at times red. The first two years, I found myself shaking hands or performing for the likes of Dimitri Shostakovich, Igor Stravinsky, Marilyn Horne, Cecil B. De Mille and Jascha Heifetz and so many other iconic musicians dominating the classical world.

After Marilyn and I was introduced to Shostakovich and his responding with, “You will be very special in the music world; both of you perform with love.” Hearing this from such a notable musician made quite a difference as to how we considered the future in the business. Then a year later, both Marilyn and I was signed to be a part of the Otto Preminger film, “Carmen Jones.” She, of course, was the voice for the star Dorothy Dandridge and I was signed to portray the comic character of T-Bone. Once the film was in the can Marilyn and I met with our friends on campus discussing nearly every hour experience of the film. Naturally, I had more juicy tales than she and our campus pals were glued to their seats.

When De Mille indicated that I should give his office a call when possible; he should never had indicated that because I called his office the following week causing him to laugh heartily with, “Hearing from you, young man, doesn’t surprise me at all. So, let’s have lunch.”  We did have lunch at Paramount and when he noted that he was about to produce the “Ten Commandments” film, I quickly asked if there might be role in it for me. He responded with, “WELL…well, there is MOSES you know!”

Eventually, I had to understand that many of the so-called stars I had admired on the screen were quite different in real life. For example, when my friend Anthony Perkins called me about going to a screening with him at MGM, it resulted in his mentioning my old Philadelphia friend Eddie Fisher. He and I appeared on a radio show together called “Uncle Whip”; he was also signed to the Eddie Cantor Show in N.Y. and was becoming quite popular. When he married Debbie Reynolds, it heightened his star-power even more.

It was great when we finally embraced each other at a private party in Beverly Hills. He introduced me to Debbie who seemed a bit surprised how close Eddie and I were. Previously, I had mentioned to Tony that I had met Debbie. So, when speaking with him on the phone and his indicating he mentioned my name to Debbie and she sarcastically said, “I don’t know any of Eddie’s COLORED fiends!” Reality hit hard concerning some of the feelings of those I had great artistic respect for when it involved persons of color. From that time on whenever meeting Debbie, it was evident, it reminded her of Eddie and she was rather distant and cold. Such is Hollywood!

When mentioning some of my experiences with the stars, especially when signed as West Coast Editor for popular industry TV-RADIO MOVIE GUIDE, to my dear friend Bette Davis, she simply laughed and said: “Dawling…brush it off as nothing! Think of them as a bunch of CABBAGE HEADS, absolutely nothing there but LEAVES!”